Hey everyone, and welcome to Week 81! This week’s puzzle might be a tricky theme for some, but I wanted to write one more summer puzzle before the season was up.

Last week, we had a meta, so let’s look at that:

The answer to the puzzle is a well-known 80s band, and there’s no obvious theme entries. There’s a 15-letter running across the middle, which is our main hint. 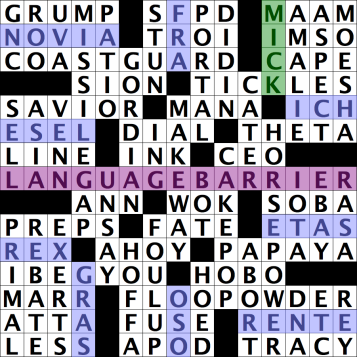 The idea of a language barrier plus the title “Use Your Alliteration”, the trick to this puzzle was identifying alliterations. None of the grid entries feature alliteration, so you have to go to the clues.

The trick to this puzzle is looking at an crossword trope of language answers. More often than not, a constructor will clue a foreign language word with alliteration, which has been done 9 times in this puzzle.

After finding all nine entires, the clues all use the alliteration of a letter from A to I. When you arrange the answer words alphabetically by clue, you get the order FRA, OSO, REX, ESEL, ICH, GRAS, NOVIA, ETAS, RENTE. The first letters spell out FOREIGNER, our answer and appropriate answer for a puzzle about foreign languages. Needing a symmetric grid entry for GRAS, the clue for MICK is [Rocker Fleetwood, Jones, or Jagger], and Mick Jones was in fact the founder of Foreigner. 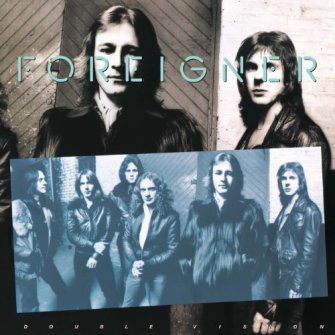 Thanks everyone, and I hope you have a great week!

Hey everyone, and welcome to Week 80!

Thanks to Brian and Patrick for putting on a great event, all the volunteers who made the event possible, and all the constructors who wrote some tricky puzzles. It was a phenomenal weekend for us all. Also, congrats to friends-of-the-show Paolo Pasco and Erik Agard for winning LPZ9. I hope to one day be as accurate as these guys. Speed, probably not, but accuracy? Maybe.

In honor of my 80th puzzle, for this sixteenth meta, I’m looking for a well-known 80s band. When you think you have it, email me at cking.gow(at)gmail.com with your answer. I’ll accept answers all the way to midnight ET Saturday, August 27th.

I’m too tired to write anymore, so that’ll do it for me today. Have fun and good luck this week!

Hey everyone, and welcome to Week 79!

I’m currently in Virginia for a quizbowl event this weekend, so I’m posting this on the hotel wifi. Also, I don’t have a whole lot to say.

A couple of admin notes:

-Come see me in New York this weekend at Lollapuzzoola! Also, if there any breakout events/escape rooms/games/shindigs, you’d be great to let me know.
-Today’s puzzle is certainly food heavy, so this is a great time to plug my other site Five Course Trivia, where basically all the food mentioned in #79 have been asked about at some point.

Hope you enjoy today’s puzzle, and I hope to see you this weekend! I’m so excited!